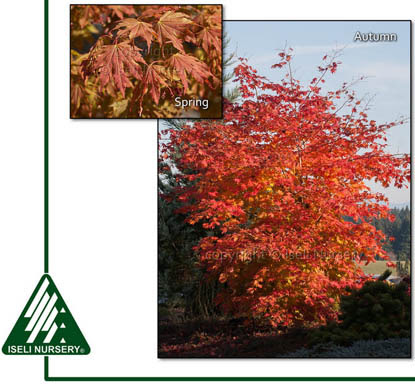 For the past month, i've been talking about and shopping around for a Japanese maple for my moss garden. I finally bought a threadleaf  variety a couple of weeks ago.

Last week, while i was on retreat, my sweetie reported to me that a box with a Japanese maple had arrived in the mail. Wow! I better watch out what i ask for! I don't think of myself as a "manifester," but it has happened a few times this past year. My brother, who prays to God for an hour and a half every morning, can manifest amazing things, but i don't have that kind of relationship with the divine.

Because i'm a member of the national Garden Writers Association, a nursery in Oregon sent its members (its northern members?), a cold-hardy North Wind Maple. This is a cross between a Korean maple and a Japanese maple, but
I'm not looking a gift horse in the mouth.

An unexpected gift is a gift. Thank you Iseli Nursery!