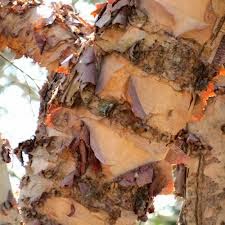 I attended a writing retreat yesterday at a New England inn. The centerpiece of the front courtyard was a group of 3 river birch--the largest i have ever seen. I remarked on their beautiful cinnamon bark, especially noticeable at this time of year.

"Oh, they're so messy," said the innkeeper. The windy, rainy day had pruned a dozen twiggy branches that were now lying on the snow beneath the birches. Every wind, every rain, every snow brings down more branches. In the spring, there are the catkins--the birch tree flowers.

When we are full of desire--for a person or a thing or a situation--can we stand back and look at the unbeautiful that comes along with the beautiful? 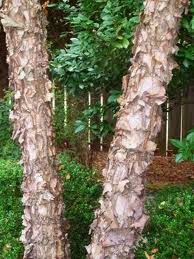 For his lustful young and middle-aged monks, the Buddha recommended imagining the excrement of their dark-eyed beauty fantasies. Before he himself embarked on the ascetic path, Siddhartha Gotama had seen the drooling, heard the flatulence, smelled the bodies of the sleeping women in his harem and become dispassionate about them.

The river birch are beautiful. And they are messy.

Posted by Cheryl Wilfong at 9:46 AM