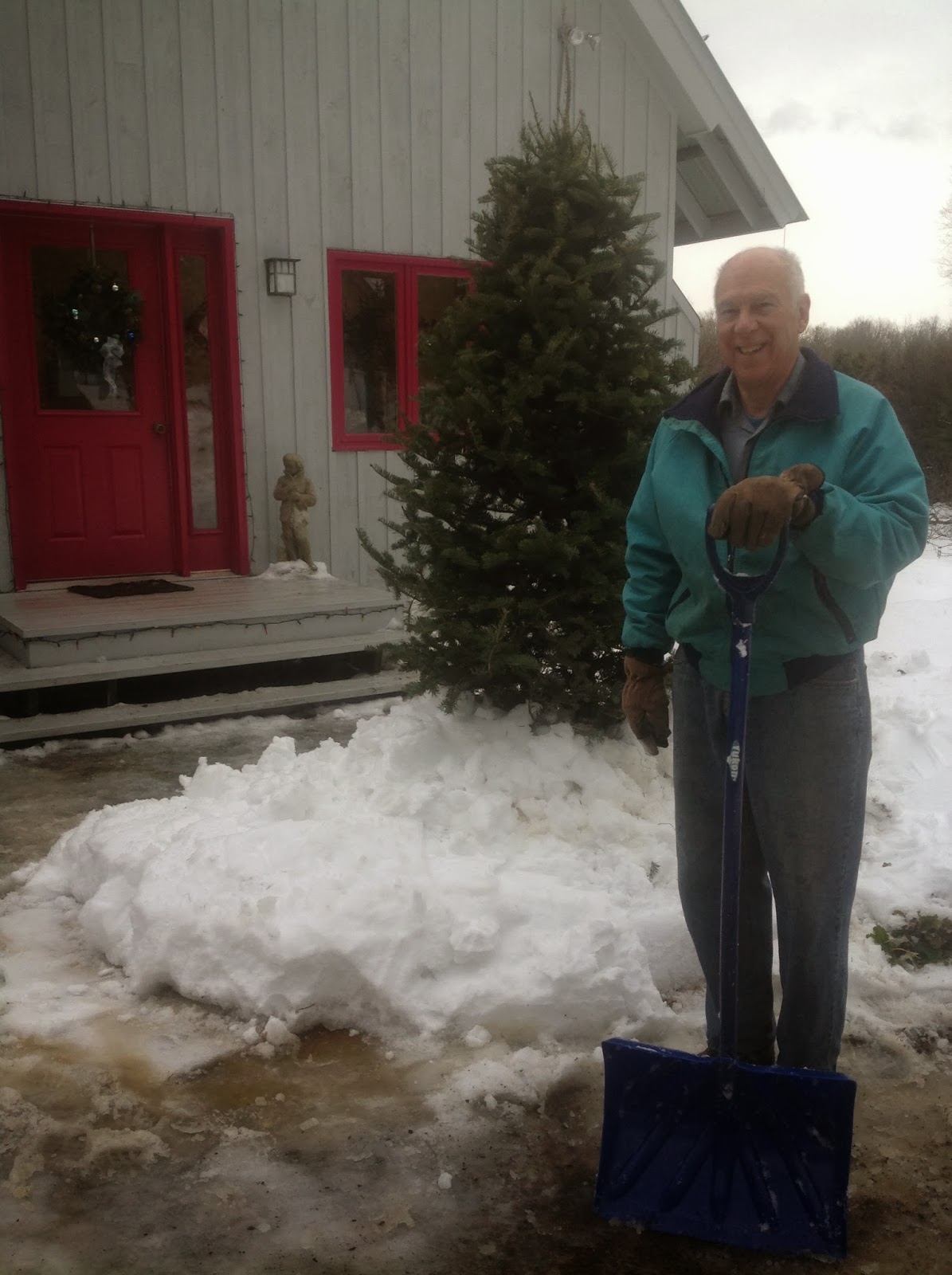 We took down the Christmas tree and carried it outdoors. And there we set it up again in a snowbank, known in other seasons as my white garden. Now that garden is well and truly white--with snow. For the next ten weeks, we have a tree standing near the front door, sort of defining the white garden with a bit of vertical greenery. Instant landscaping!

We did this while the temperature was still above freezing and the wet snow could be shoveled and then banked around the base of the tree. Two hours later, the temperature dropped below freezing and now the tree  and its stand are frozen solidly into the icy snow for the next three days as temperatures drop back into the single numbers.

We think of our words and actions as changeable, pliable, melting away on the next breath.

Yet, if we repeat the same thought or the same action over and over, the neural pathway forms a rut, and a habit becomes frozen in place. A habit becomes part of our inner landscape, and we start to believe that's who we really are.

Let's watch our thoughts and actions carefully and make sure that they are in accord with our highest intentions. Let's plant mindfulness right at the front door of our mouth.

Posted by Cheryl Wilfong at 7:13 AM