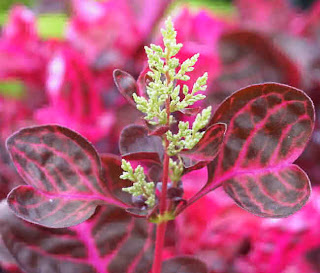 The show stopper in my solarium is Iresina, also called Bloodleaf with good reason: it's leaves are magenta. I love it as a bedding plant because it matches the trim on my house. I've brought 3 of them indoors for the winter, because this is a plant from the Brazilian jungle.

A neighbor dropped by yesterday for tea and as we were sitting on the sofa, her eyes kept being drawn to Iresina. She told me the story of her grandmother who had a near death experience while giving birth to her mother. People gravitated to the grandmother, wanted to be near her. Perhaps we could assume they had some feeling of well-being in her presence.

I love my neighbor, and, with a smile, i accept that she wasn't paying attention to me, but to Iresina. 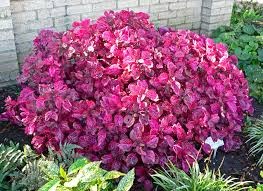 Photo from borny.rajce.idnes.cz
Posted by Cheryl Wilfong at 5:41 AM